Penn State College of Medicine clinicians, faculty, staff and students are building a better future by moving their groundbreaking innovations down the path of technology commercialization and into the lives of patients around the world.

The mission of the Center for Medical Innovation is to provide a service-oriented organization within the Penn State system to drive economic and social value from Penn State medical innovation. The Center provides guidance and support to streamline the process of moving innovative technologies through the commercialization pipeline to industry, to make a positive economic and social impact in the community.

What Can CMI Do For You?

Regardless of your level of experience in technology commercialization, the Center for Medical Innovation can help contribute towards achieving your innovative research’s commercial success.

When you think that you have a novel medical technology, contact our Center before any public disclosures, including abstracts, poster presentations or talks. An on-site technology licensing officer will take the important steps to protect your intellectual property. 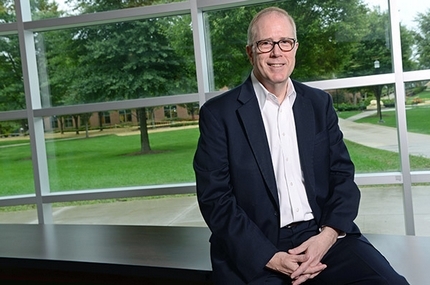 Kevin Harter joined Penn State in September 2015 as professor of practice in entrepreneurship and director of the Center for Innovation and Entrepreneurship. Harter has forged a partnership with the College of Medicine, Penn State Harrisburg, and Dickinson School of Law to develop a unified approach to entrepreneurial development.

Harter has more than 35 years of experience in new business development, including all aspects of developing, managing and financing life science and technology businesses. He has held more than two dozen board seats in healthcare, technology and financial companies.

Harter served as chairman, president and CEO of Saladax Biomedical, Inc., a leader in personalized medicine and diagnostics, from 2007-2015. He was co-founder and senior vice president of the Life Sciences Greenhouse of Central Pennsylvania (LSGPA). Harter co-founded Keystone Medical Systems, previously the largest independent supplier of information technology and electronic medical record solutions to physicians and served as its CTO and COO for over a decade.

Recognition for his professional and volunteer achievements includes the Entrepreneur of the Year Award from Ernst & Young/Inc. Magazine, Outstanding Leadership in Technology Award from the Technology Council of Central PA, and the Alumni Fellow and Philip Philip Mitchell Service Award from the Pennsylvania State University.

He holds a BS in information systems and an MBA from Penn State University.

For general information on the Center for Medical Innovation, please call 717-531-8496 or email CMI@pennstatehealth.psu.edu.