The annual Cancer Research Day provides attendees with the opportunity to learn from established research professionals with a variety of backgrounds who can support trainees as they showcase their own research.

Those invited to attend include: 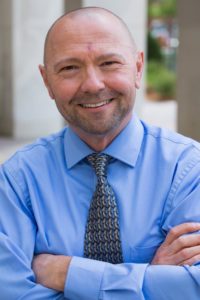 Dr. Theodorescu is internationally known for his work on the molecular mechanisms driving bladder cancer and tools that determine drug response as well as discovery of new drugs for bladder and other cancer types. His work includes the discovery of genes that regulate tumor growth and metastasis and novel biomarkers and concepts for precision therapeutic approaches such as the COXEN principle, that are currently being tested in national (SWOG 1314) clinical trials. He also conceptualized the approach and then led the discovery and development of a first in class RalGTPase inhibitor as a new therapeutic in cancer. This drug was awarded a US patent and is in commercial development. Most recently, he identified approaches that define effective combination immunotherapy with checkpoint inhibitors and a new bladder cancer subtype, called C3, whose presence in tumors predicts immunotherapy response. 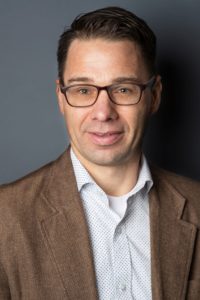 Keith Wonnacott received his doctorate in microbiology and immunology from Penn State College of Medicine in 2001. Since then, he has worked in the field of cell and gene therapies as a regulatory scientist. He currently works at Pfizer as an executive director of regulatory affairs in the rare diseases unit. At Pfizer, Wonnacott leads regulatory efforts to aid the clinical development of AAV-based gene therapies. His work includes both developing regulatory strategy and influencing regulatory policy related to cell and gene therapy. He currently serves as the chair of the regulatory affairs committee for the American Society of Gene and Cell Therapy (ASGCT) and serves on a variety of other trade association committees working on gene therapy policy such as ARM, PhRMA, BIO, EuropaBIO and EFPIA.

Wonnacott made the move to Pfizer after spending three years with Novartis Pharmaceuticals as a director of regulatory affairs in the cell and gene therapy group. At Novartis Pharmaceuticals, he advised on regulatory strategy and led the team responsible for developing the CMC module for the Kymriah (tisagenlecleucel) BLA, which became the first ever FDA approved gene therapy product in 2017. Prior to working at Novartis, Wonnacott was the chief of the cellular therapies branch at the Center for Biologics Evaluation and Research (CBER) at the US Food and Drug Administration (FDA).

His branch was responsible for the CMC review for all cellular therapies including stem cells, allogeneic pancreatic islets, immunotherapies, cancer vaccines, xenotransplantation products and tissue engineered products. Wonnacott has published several articles and book chapters on the regulation of advanced therapies.

Wonnacott completed his bachelor’s degree in microbiology at Brigham Young University in 1996. Outside of work, Dr. Wonnacott is the proud father of five children and recently became a grandfather. He loves to hike, play soccer and try new recipes for spicy foods.

The background image is A photo showing the Cancer Institute building