The hybrid event will highlight substance use research, treatment, education and community engagement from all Penn State campuses and Penn State Addiction Center for Translation community partners on Tuesday, Dec. 6, 2022, from 9 a.m. to 3:30 p.m.

Continuing Education credits (AMA, APA, and CEU) will be available. 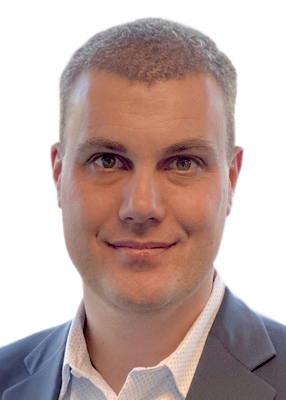 Greg Williams is a health policy consultant and communications specialist, providing strategic oversight and direction to numerous initiatives. Most notably, Williams manages the Alliance for Addiction Payment Reform, a national collaboration aimed at improving outcomes for patients, payers, and health systems, and served as a managing editor of the Addiction Recovery Medical Home Alternative Payment Model.

Williams has over a decade of experience working with non-profits and government agencies on addiction. As person in long-term recovery from addiction himself, Williams’ work has been dedicated towards creating positive changes in access to quality health care and recovery supports for the over 40 million Americans with a substance use disorder.

He is the award-winning filmmaker and producer of three feature length documentaries: “The Anonymous People,” “Generation Found” and “Tipping The Pain Scale.” In 2015, he executive produced the historic UNITE to Face Addiction Rally on the National Mall, when tens of thousands of people including from around the world gathered alongside major musicians to end the silence surrounding addiction. Williams also produced the 2016 launch event of the first-ever Surgeon’s General Report on Alcohol, Drugs, and Health: Facing Addiction in America as well as the 2021 Recover Out Loud concert event in partnership with Google, iHeart Radio, and Variety. His work has been featured in the New York Times, Washington Post, ABC World News, LA Times, and countless other news outlets. He also serves as a member of the United States of Care’s Voices of Real Life advisory group.

Participants are eligible to…

Penn State College of Medicine is accredited by the Accreditation Council for Continuing Medical Education (ACCME) to provide continuing medical education for physicians. Penn State College of Medicine designates this live activity for a maximum of 2 AMA PRA Category 1 CreditTM. Physicians should claim only the credit commensurate with the extent of their participation in the activity.

Nurses will receive a certificate from Penn State College of Medicine verifying their participation in 2 hours of approved continuing medical education. Continuing education activities that are approved by accredited institutions of higher education and that are relevant to patient care or professional nursing meet the requirements of mandatory continuing education for registered nurses in Pennsylvania, as required by the Pennsylvania State Board of Nursing. The Board of Nursing recommends that nurses retain their certificates for a period of at least five years. Additional information is available through the State Board of Nursing at: https://ce.med.psu.edu/nurse-credits.

Penn State has approved this program for 2 Continuing Education Units (2 hours of instruction). The CEU is a nationally recognized unit of measure used to accumulate a standardized permanent record of an individual’s participation in continuing education programs conducted under responsible sponsorship, capable direction, and qualified instruction. It is based on a standard of one unit per ten hours of instruction. Upon completion, participants will receive a certificate of CEUs earned.

Sign-in and completion of the evaluation is required to receive credit. To receive the code, please register for the symposium here. All attendees will receive a link to a password-protected website where the code will be provided. For information specific to continuing medical education credit, call Continuing Education, at 717-531-6483 or email ContinuingEd@pennstatehealth.psu.edu.

Please email PSACT@pennstatehealth.psu.edu for details or with questions.